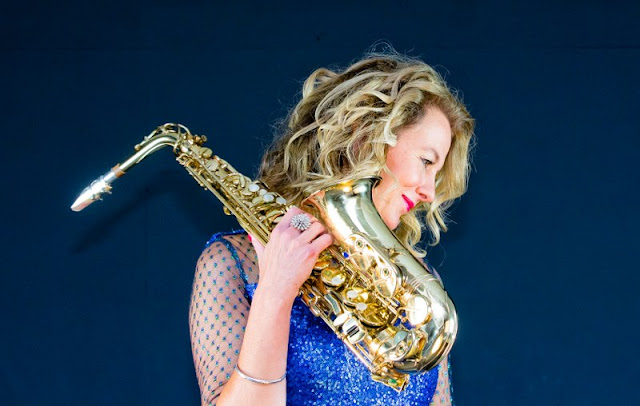 This week my guest on The JazzBites Show is one of the UK’s most exciting female saxophonists, vocalists, and composers, having developed her own unique and distinctive ‘funky’ style of saxophone playing. Inspired by the funkier side of Jazz, her style of performance is best described as ‘funky saxophonist meets 1940s Jazz Singer’ and whether it’s via radio airwaves or performing LIVE onstage she’s definitely setting the heather on fire with discerning audiences on both sides of the Atlantic. Recently featured on the groundbreaking biopic series SINGLE ENTITIES on JazzBites Radio written by esteemed Jazz journalist and author Sammy Stein, she stands proud among some of the most exciting musicians on the Jazz scene today. In the show we talk about her breathtaking MAKE BELIEVE TOUR which kicks off at the PIZZA EXPRESS in London's Soho on 1st August, her eagerly-awaited second album coming out in the Autumn, why she thinks US smooth Jazz saxophonist Gerald Albright is truly inspirational, and her new tour on the horizon next year with some of the greatest Jazz musicians in the business. 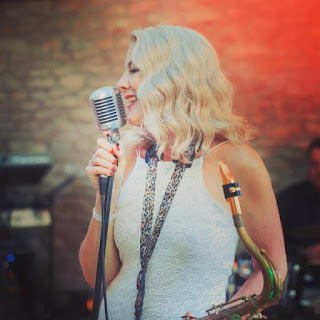 News, Articles, Reviews, and ABOUT 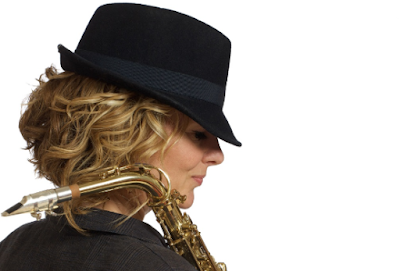 
All images courtesy of KIM CYPHER at KIimCypher.co.uk

Posted by ANTHEA REDMOND AKA @Jazzigator at 4:51 PM