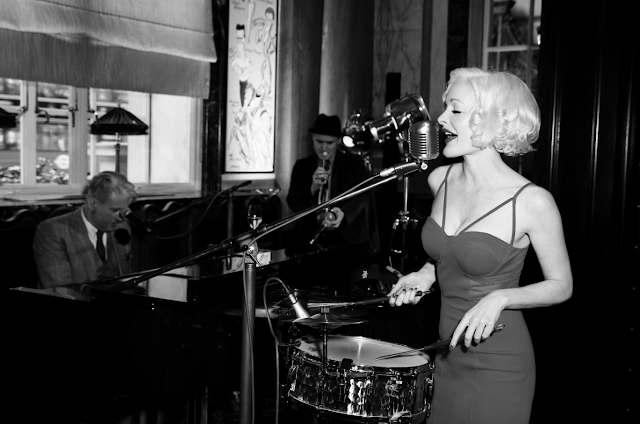 This week my guests on The JazzBites Show are a sensation on social media with an army of fans worldwide and are an integral part of London's buzzing Jazz scene, performing regularly at the salubrious Scarfe's Bar at The Rosewood Hotel in the heart of the Capital. The duo exude a breathtaking glamour redolent of the fifties Hollywood era, and singer/drummer Kitty LaRoar's stunning presence can only be outshone by her sultry and captivating voice. The strong presence of classically-trained pianist and composer Nick Shankland completes the heavenly match with his ability to captivate an audience in a heartbeat with his original numbers and musical interpretations. Today - their second appearance on the show - we talk about why they have a bigger army of followers on Twitter than some of the best names in the business, their stunning new and timely album VALENTINE'S EVE, why they treat every performance as an important event, their eagerly-anticipated appearance at the LONDON JAZZ PLATFORM on the 18th June, and the excitement of more new music on the horizon. 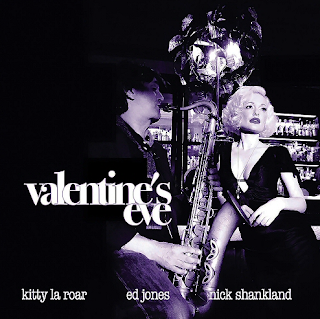 
Posted by ANTHEA REDMOND AKA @Jazzigator at 1:14 PM